By ManBearPigHunter on February 6, 2016 in Obama, Opinion 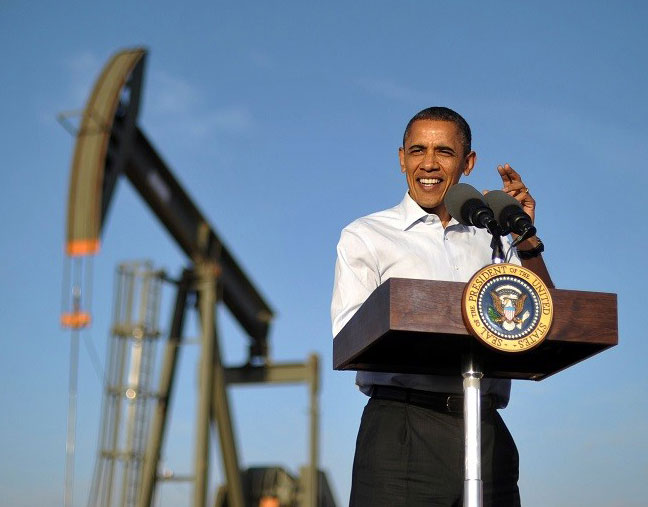 Obama is proposing a $10 tax on oil to do 2 things, stop the use of fossil fuels and further subsidize “clean” energy. I would tweak this slightly by putting a $10 tax only on oil imported from the middle east or any country that still beheads people.

Tariffs on imports have long been used by our country as a form of revenue generation and as a way to protect domestic producers. In fact before we started the Income Tax, tariffs were the largest revenue producer. But in recent years tariffs are frowned upon and are considered “protectionist”. I never understood why wanting to protect domestic interests is a bad thing.

Also America has a history of using trade sanctions and tariffs to discourage bad behavior by other countries. Remember during the 80’s how we used trade sanctions against south Africa to get rid of Apartheid?

Obama’s plan of a $10 tax on all oil including domestic oil I think would be the final nail in our economic coffin. Our economy is based on cheap energy and one of the only reasons we are limping along these days is the cheap cost of energy. But oil prices this low is hurting certain parts of our economy especially oil producing state like North Dakota.

The reason oil is so low is because of Middle Eastern countries like Saudi Arabia are over producing and their stated reason is to take out the competition in places like Russia and North Dakota so they can enjoy a Monopoly again. This is a from of economic warfare and is killing the global economy and should not be allowed to happen.

Therefore I propose the U.S. put a tariff on oil from countries who still practice barbaric forms of punishment and treat women as possessions. This will do 2 things: It will drive the price of domestic oil back up to a more reasonable market driven price rather than an artificially low one. This will help oil producing states and drive up our economy over all. Plus, it will have a negative effect on places like Saudi Arabia who last year beheaded more people than ISIS and still stone women for being raped. Maybe they will turn from their primitive backward ways the way that South Africa did in the 80’s and join the modern world.

I think people would be willing to pay more at the pump knowing that it’s helping our own country and not some ruthless Prince on the other side of the world. Plus, Obama during his last State of the Unions Speech took credit for cheap gas and says it’s one of his greatest accomplishments (even though he had nothing to do with it and ran on making fossil fuels expensive to stop global warming) so why does he want to ruin his own legacy.

I know this will never happen for these reasons:

1. It assumes global warming isn’t the biggest threat to mankind and that other things are more important.

2. It actually is a good idea and makes sense.

3.  It will actually help America.

4. It will hurt Muslim countries and give them less control of the world.