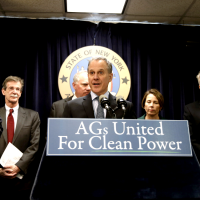 Beginning in 1478, the Spanish Inquisition systematically silenced any citizen who held views that did not align with the king’s. Using the powerful arm of the government, the grand inquisitor, Tomas de Torquemada, and his henchmen sought out all those who held religious, scientific, or moral views that conflicted with the monarch’s, punishing the “heretics” with jail sentences; property confiscation; fines; and in severe cases, torture and execution.

One of the lasting results of the Spanish Inquisition was a stifling of speech, thought, and scientific debate throughout Spain. By treating one set of scientific views as absolute, infallible, and above critique, Spain silenced many brilliant individuals and stopped the development of new ideas and technological innovations. Spain became a scientific backwater.

As an old adage says, those who cannot remember the past are condemned to repeat it. So we now have a new inquisition underway in America in the 21st century—something that would have seemed unimaginable not too long ago.

Treating climate change as an absolute, unassailable fact, instead of what it is—an unproven, controversial scientific theory—a group of state attorneys general have announced that they will be targeting any companies that challenge the catastrophic climate change religion.

Read the rest of the Article hear.

View all posts by ManBearPigHunter →
Why I like Obama’s Oil Tax With Just A Few Tweaks
‘Climate Hustle’ goes to DC: Skeptical film to premiere on Capitol Hill