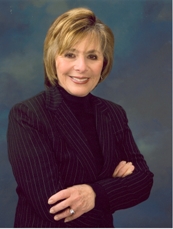 A key Senate committee today approved a plan to impose the nationâ€™s first-ever caps on greenhouse gas emissions blamed for global warming, over the objections of panel Republicans who have blocked work on the measure.

Sen. Max Baucus, D-Mont., was the lone Democrat to vote against the measure, primarily because of his objections to the billâ€™s mandate that by 2020, U.S. greenhouse gas emissions be 20 percent less than they were in 2005. Baucus wants a less-rigorous 2020 emissions cap of 17 percent â€” with the option of raising it to 20 percent only if other countries impose similar limits.

Although todayâ€™s vote advances the Kerry-Boxer bill out of the main panel that has a role in vetting it, that is likely to be the high-water mark for the legislation this year. At least five other committees are expected to weigh in on the issue before Senate Majority Leader Harry Reid, D-Nev., can merge their proposals into a single global warming bill for floor debate.

Under the rosiest of scenarios for bill backers, debate on global warming legislation likely would not begin until next spring. And Sen. John Rockefeller, D-W.Va., told reporters this week that â€œsome people are talking about not doing it until after the 2010 election.â€

Beyond the timing concern, Baucusâ€™ â€œnayâ€ vote today underscores the challenges facing proponents of capping greenhouse gas emissions. A moderate Democrat whose support is key on any climate bill, Baucus also has a platform to push for changes as chairman of the powerful Senate Finance Committee.

Bill backers also have to find a way to navigate any measure around a host of regional concerns and their advocates on Capitol Hill â€” including senators worried about the vitality of manufacturing, members from coal-reliant regions and others concerned legislation will encourage U.S. refiners to move operations overseas.

â€œAs a landmark bill moves â€” not an easy bill, but a landmark bill â€” at each stage, you have to find a new sweet spot,â€ Boxer said. â€œAnd each stage requires a little bit of a different emphasis. And that is played out as everybody gets involved.â€

Kerry is already working separately with Sen. Lindsey Graham, R-S.C., and Joseph Lieberman, an independent from Connecticut, to write a new bill combining emissions caps with incentives for nuclear power and a plan for new domestic oil and gas drilling.

Boxer pushed the bill out of her environment committee by relying on a rarely used interpretation of panel rules that allow it to be sent to the full Senate even without members of the minority party.

Committee Republicans, led by James Inhofe of Oklahoma, objected to the move they had dubbed the â€œnuclear option.â€

Inhofe said he was â€œdeeply disappointedâ€ by Boxerâ€™s decision to violate the â€œlongstanding precedent of the committee.â€ â€œWe have not been able to find a time when a bill has been marked up without minority participation,â€ Inhofe said.

But panel Democrats said it was essential to send a signal to the world that the U.S. is on a path to capping the carbon dioxide and other emissions blamed for global warming before international climate change negotiations next month in Copenhagen.

Read the rest of this story at Houston Chronicle.

34 Responses to Democrats Move Greenhouse Bill Along Without GOP