By Dan McGrath on July 17, 2013 in Ice, Junk Science, Scaremongering 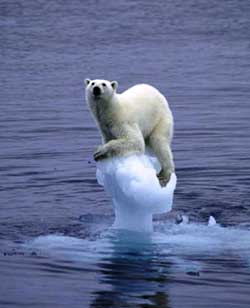 The official population estimates generated by the IUCN Polar Bear Specialist Group (PBSG) give the impression that the global total of polar bears has not changed appreciably since 2001:

However, some accounting changes were done between 2001 and 2009 (the latest report available) that mean a net increase in numbers had to have taken place (see summary map below and previous post here. Note this is a different issue than the misleading PBSG website graphic discussed here).

And while it is true that population “estimates” are just that — rather broad estimates rather than precise counts — it is also true that nowhere do the PBSG explain how these dropped figures and other adjustments were accounted for in the estimated totals.

The simple details of these changes are laid out below, in as few words as I could manage, to help you understand how this was done and the magnitude of the effect. It’s a short read — see what you think.