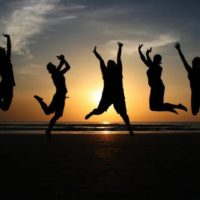 By ManBearPigHunter on November 9, 2016 in EPA, News

Morano: “Climate sanity has been restored to the U.S. No longer do we have to hear otherwise intelligent people in charge in DC blather on about how UN treaties or EPA regulations will control the Earth’s temperature or storminess.

The election of Trump tonight was one of pure enjoyment for those concerned about silly, sovereignty threatening and purely symbolic climate policies that have been imposed on the U.S. without a single vote. Skeptics also enjoyed watching the grieving faces of the mainstream media on CNN, MSNBC, NBC, ABC, CBS, as the Trump election night shock sunk in.

“What they (the Democrats & warmists) are so afraid of is this: Trump is the first Republican Presidential nominee that has ever staked out a strongly science supported skeptical position not only on climate science claims, but also on the so-called ‘solutions’. (See: CLIMATE TRUTH FILE: 2016: Skeptical Talking Points from A-Z on Global Warming – Point-By-Point)

Trump is right on climate science and Trump rightly scares the hell out of the warmists.

Climate skeptics are ready to get down to the serious business of working with a Trump Administration to begin overhauling the U.S. climate and energy policy and battling the climate activists and their ill-gotten agenda achieved through bypassing democracy.

The time for a Clexit has arrived, a U.S. exit from the UN Paris climate agreement.

Trump can now move forward with his scientifically sound and coherent climate and energy policy that he laid out during the campaign.

3) Trump said he would “cancel” the Paris climate agreement –

4) and withdraw any funding for United Nations programs related to global warming.