By Dan McGrath on September 30, 2010 in Extremists, Scaremongering 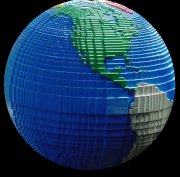 Of all the questionable lessons being [taught] American public schools students, the idea that Legos are destroying the planet might just be the most absurd.”Riding in the car one day with his parents in Tacoma, Wash., Rafael de la Torre Batker, 9, was worried about whether it would be bad for the planet if he got a new set of Legos,” according to the New York Times.

Where once we dispensed practical advice to children about consumerism like “waste not, want not,” today’s public schools too often teach kids that their new toys make them part of an apocalyptic death cult.

According to the Times, Young Rafael’s class had just watched “The Story of Stuff,” an animated anti-capitalist diatribe by former Greenpeace employee Annie Leonard. The program, which was financed in part by left-wing Tides Foundation, is widely used by teachers suffused with environmental dogma.

Read the rest at the Washington Examiner.

31 Responses to Big Green: Portrait of a Big Green Activist Who Scares Your Kids