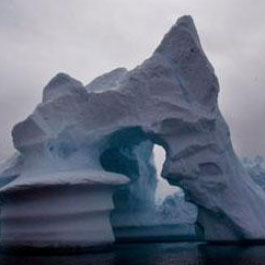 The New York Times has attempted to explain the slowdown in global warming over the last fifteen years. Their answer: We’re just lucky.

“As unlikely as this may sound, we have lucked out in recent years when it comes to global warming,” writes the NYT’s Justin Gillis.

“The slowdown is a bit of a mystery to climate scientists,” Gillis continues. “True, the basic theory that predicts a warming of the planet in response to human emissions does not suggest that warming should be smooth and continuous. To the contrary, in a climate system still dominated by natural variability, there is every reason to think the warming will proceed in fits and starts.”