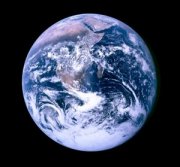 Earth Day is here again, but few people seem interested any more in global warming. It’s plausible to inquire whether people realize we’ve got a duty to protect the environment. Actually, “protecting the environment” is not necessarily the same topic as “global warming.” Confusion about the two needs to be cleared up.

The earliest written indication that mankind is responsible for taking care of the earth is probably in the Bible, in Genesis 1 (v. 26-28) where God gives mankind dominion over everything else. Thus began the notion of stewardship, that we are responsible for properly using all things on earth.

For thousands of years the prevailing attitude was that the earth was huge and unlimited, so if you messed things up in one place you’d just move on.  Certainly the settlement of the American west displayed that mentality. But later in the 19th century people saw the damage and became conscious of the need to preserve some of nature’s beauty, and National Parks became established.

By the mid-20th  century incidents of major pollution were becoming too frequent, and some tragedies occurred (example: in London England in 1952, thousands died from air fouled by burning soft, high-sulfur coal). A new word, smog, entered the vocabulary as polluted air in cities like Los Angeles burned the eyes. Within 25 miles of a paper mill, it really stunk. Still, “The Environment” didn’t mean enough to motivate changing. “The price of progress” was the standard excuse.

Then in 1968 came the flight around the moon by Apollo 8, which returned the photo of the earth hanging like a bright blue marble against the backdrop of the vast emptiness of space.

Read the rest at the American Thinker.

2 Responses to Earth Day Lesson: Environment is not Climate