By Dan McGrath on April 16, 2010 in Cap and Trade, Misguided Leaders 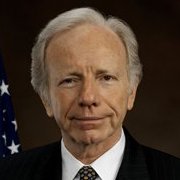 Backers hope for Senate vote in June or July

Â A long-awaited compromise bill to reduce U.S. emissions of carbon dioxide and other gases blamed for global warming will be unveiled by a group of senators on April 26, sources said on Thursday.

Â The legislative language to be sketched out in 11 days, according to government and environmental sources, is being drafted by Democratic Senator John Kerry, Republican Senator Lindsey Graham and independent Senator Joseph Lieberman.

Backers of the environmental bill hope the unveiling will pave the way for the full Senate to debate and pass a measure in June or July if the compromise attracts enough support from a group of moderate Republicans and Democrats.

Read the rest of this story at Alert Net.