Jason Lewis today, who in turn was filling in for Rush Limbaugh. Most discussion on the program centered on Global Warming. In the first hour, Sue’s guest was Chris Horner, author of Red Hot Lies. I followed to talk about GlobalClimateScam.com in the second hour and came back to discuss Minnesota Majority in the last half-hour. Listen here: 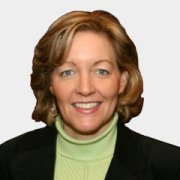 Sue Jeffers filled in for

View all posts by Dan McGrath →
Are You Sure You Want to Secretary of the Interior, Senator Salazar?
Global Warming is Caused by Computers