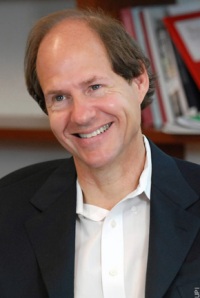 Among the beliefs Sunstein would ban is advocating that the theory of global warming is a deliberate fraud.

Sunstein also recommended the government send agents to infiltrate “extremists who supply conspiracy theories” to disrupt the efforts of the “extremists” to propagate their theories.

In a 2008 Harvard law paper, “Conspiracy Theories,” Sunstein and co-author Adrian Vermeule, a Harvard law professor, ask, “What can government do about conspiracy theories?”

“We can readily imagine a series of possible responses. (1) Government might ban conspiracy theorizing. (2) Government might impose some kind of tax, financial or otherwise, on those who disseminate such theories.”

In the 30-page paper â€“ obtained and reviewed by WND â€“ Sunstein argues the best government response to “conspiracy theories” is “cognitive infiltration of extremist groups.”

Continued Sunstein: “We suggest a distinctive tactic for breaking up the hard core of extremists who supply conspiracy theories: cognitive infiltration of extremist groups, whereby government agents or their allies (acting either virtually or in real space, and either openly or anonymously) will undermine the crippled epistemology of believers by planting doubts about the theories and stylized facts that circulate within such groups, thereby introducing beneficial cognitive diversity.”Â

Read more about Cass Sunstein’s agenda in “Shut Up, America!: The End of Free Speech”

Sunstein defined a conspiracy theory as “an effort to explain some event or practice by reference to the machinations of powerful people, who have also managed to conceal their role.”

Some “conspiracy theories” recommended for ban by Sunstein include:

Sunstein allowed that “some conspiracy theories, under our definition, have turned out to be true.”

He continued: “The Watergate hotel room used by Democratic National Committee was, in fact, bugged by Republican officials, operating at the behest of the White House. In the 1950s, the CIA did, in fact, administer LSD and related drugs under Project MKULTRA, in an effort to investigate the possibility of ‘mind control.’â€

Sunstein’s paper advocating against the belief that global warming is a deliberate fraud was written before November’s climate scandal in which e-mails hacked from the Climatic Research Unit at East Anglia University in the U.K. indicate top climate researchers conspired to rig data and keep researchers with dissenting views from publishing in leading scientific journals.

Sunstein’s paper is not the first time he has advocated banning the free flow of information.

WND reported that in a recently released book, “On Rumors,” Sunstein argued websites should be obliged to remove “false rumors” while libel laws should be altered to make it easier to sue for spreading such “rumors.”

In the 2009 book, Sunstein cited as a primary example of “absurd” and “hateful” remarks, reports by “right-wing websites” alleging an association between President Obama and Weatherman terrorist William Ayers.

He also singled out radio talker Sean Hannity for “attacking” Obama regarding the president’s “alleged associations.”

Ayers became a name in the 2008 presidential campaign when it was disclosed he worked closely with Obama for years. Obama also was said to have launched his political career at a 1995 fundraiser in Ayers’ apartment.

WND also previously reported Sunstein drew up a “First Amendment New Deal” â€“ a new “Fairness Doctrine” that would include the establishment of a panel of “nonpartisan experts” to ensure “diversity of view” on the airwaves.

Read the rest of this story at World Net Daily.