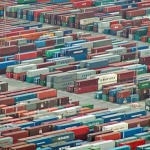 Protectionism is always bad policy. But protectionism during an economic downturn, after taxes have already risen, and in addition to a massive $2 trillion tax on energy consumption is, well, not good.

Yet that is exactly what Energy Secretary David Chu seems to be edging towards.

In response to the notion that American companies will move overseas when CO2 is capped, Secretary Chu suggested that the U.S. simply levy a carbon tariff on imports.

This is why Secretaries of Energy should stick with energy and not economic policy. This is why free-markets work and command and control economies do not.

At any rate, the supposed logic goes something like this.

The logical solution for these companies is to move overseas where they can make more efficient use of labor and capital and wonâ€™t be put at a competitive disadvantage in the United States. In response, according to the Wall Street Journal:

Energy Secretary Steven Chu on Tuesday advocated adjusting trade duties as a â€œweaponâ€ to protect U.S. manufacturing, just a day after one of Chinaâ€™s top climate envoys warned of a trade war if developed countries impose tariffs on carbon-intensive imports.

Mr. Chu, speaking before a House science panel, said establishing a carbon tariff would help â€œlevel the playing fieldâ€ if other countries havenâ€™t imposed greenhouse-gas-reduction mandates similar to the one President Barack Obama plans to implement over the next couple of years. It is the first time the Obama administration has made public its view on the issue.

â€˜If other countries donâ€™t impose a cost on carbon, then we will be at a disadvantageâ€¦[and] we would look at considering perhaps duties that would offset that cost,â€™ Mr. Chu said.â€

The Heritage Foundation has already documented how costly a cap-and-trade implemented in the United States would be. Our Center for Data Analysis calculated the costs of global warming cap-and-trade legislation in the U.S. alone and the cumulative GDP losses for 2010 to 2029 approach $7 trillion. Single-year losses exceed $600 billion in 2029, more than $5,000 per household. Annual job losses exceed 800,000 for several years. Thatâ€™s a scary price to pay for what little, if any, environmental benefits we receive.

A carbon tax on imports makes all of that worse.

Read the rest of this article at The Heritage Foundation.

24 Responses to Protectionism in the Name of Global Warming Regulations