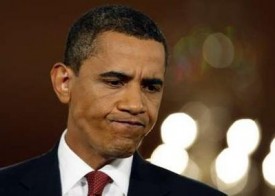 President Obama’s green jobs training program, which was part of his stimulus, has failed on most key jobs measures, according to a new internal audit that found it was training workers who already had jobs that didn’t need green energy skills, and was failing to place new enrollees in jobs once they finished the training.

The Labor Department’s inspector general also said grantees who received the green jobs-training money did a poor job of reporting their results.

Only 38 percent of those who have completed training got jobs based on it, and only 16 percent kept jobs for at least six months — the key measure of success for the program.

“Outcomes for participants were far less than originally proposed,” the auditors said.

The government earmarked more than $400 million for green jobs training programs, and $328.5 million has been spent so far.

Surprised? Some Climate Scientists Trying to Connect Hurricane Sandy With Global Warming
The Great and Powerful Gore Has Spoken – Sandy a “Disturbing Sign of Things to Come”