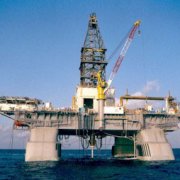 A year ago the Waxman-Markey energy regulation bill passed the House. Now before the Senate is the Kerry-Lieberman energy regulation bill, which includes many of the same damaging provisions–government control of many aspects of energy generation, distribution and prices.The debate on this bill is of course colored and influenced by the Deepwater Horizon drilling rig explosion, fire and collapse in the Gulf of Mexico on April 20.

In response, the federal government has suspended drilling deeper than 500 feet in the Gulf for six months, suspended exploratory drilling off Alaska’s coast and canceled oil leases off the coast of Virginia and in the Gulf–significant decisions that will reduce our oil supplies in the years ahead. All work has been suspended on 33 previously inspected and approved Gulf deepwater drilling rigs. Gov. Bobby Jindal of Louisiana reports that will mean 3,000 to 6,000 immediate job losses and perhaps 10,000 more in the months ahead.

As noted in The Wall Street Journal earlier this month, beyond jobs there will be significant economic consequences from the shutdowns. According to the Louisiana Mid-Continent Oil and Gas Association, 1,400 jobs will be lost for each platform shut down, for a total of some $330 million a month in lost wages.

So with this current catastrophe influencing our energy policies, where is America going? The Kerry-Lieberman bill is a bit less bad than the Waxman-Markey legislation, but only a bit.

Writer, Activist, Pilot, Communications Expert, Jack of all Trades. Websites: https://www.DanMcGrath.net | https://www.DanandTina.net
View all posts by Dan McGrath →
Judge Overturns Drilling Ban
What should we do?